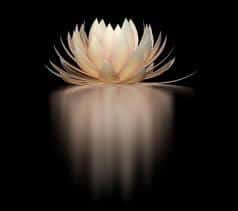 A sacred space for learning and healing

About the The Center 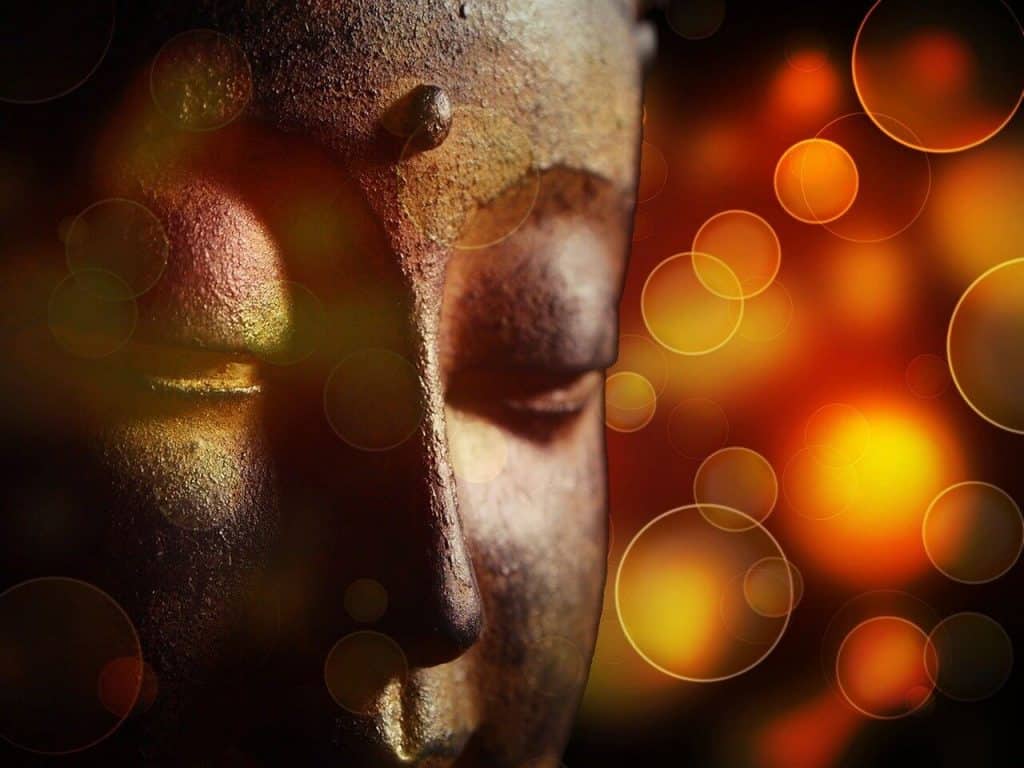 Transparent Lotus is a sacred space for learning and healing. We offer meditation, classes and group healing experiences to help you heal yourself, change yourself and your world for the better. We are a meditation center and school of Hanmi Esoteric Buddhism. There is a wealth of self-healing, meditation and healing techniques to help you and others in this life’s journey. 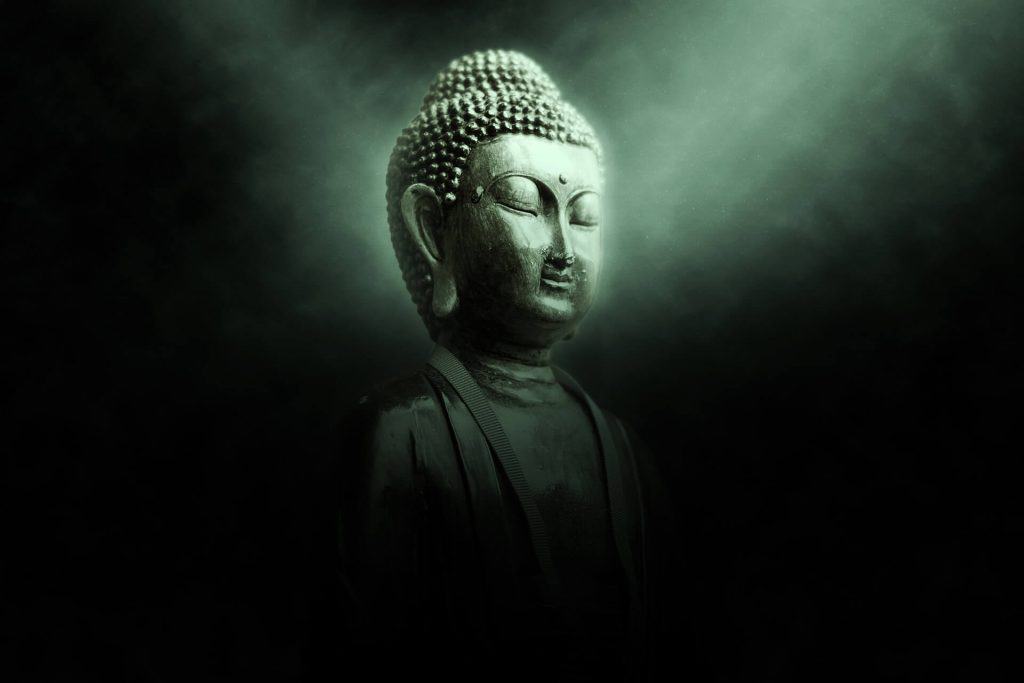 The Hanmi lineage has its origins in the spiritual teachings and practices of ancient India that were developed by the Brahmans, and were then evolved and transmitted by the great saint Shakyamuni Buddha over 2,400 years ago.

Disciples of Nagarjuna brought the Buddhist teachings from Nalanda monastery in India to Xi’an city in China around 1,300 years ago, and combined them with Taoism and Confucianism.

The awakened masters have preserved this knowledge through an unbroken lineage in the Hanmi Chinese Esoteric School of Buddhism. The current lineage bearer is Living Buddha Dechan Jueren, otherwise known as Master Yu. 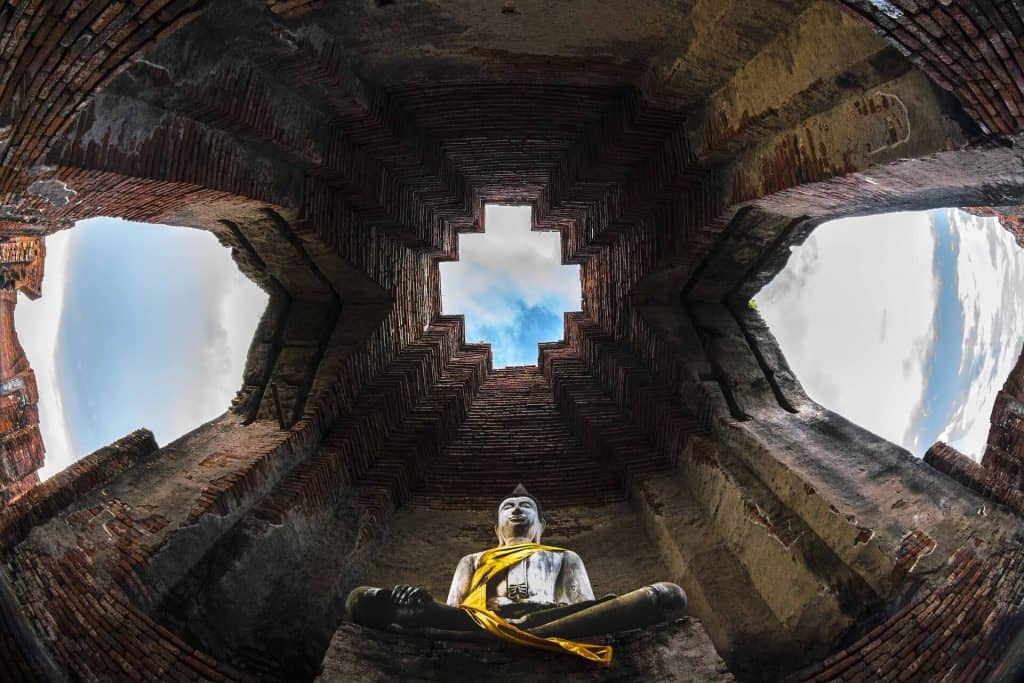 The awakened masters have preserved this knowledge through an unbroken lineage in the Hanmi Chinese Esoteric School of Buddhism. The Great Enlightener, MahaVairocana Dharma King Dechan Jueren, the 49th Great Acharya and lineage bearer has brought these teachings to the west and made them accessible to the public when founding Dari Rulai Temple in California. Now, Transparent Lotus continues with Living Buddha Dechan Jueren’s mission bringing these Dharma Teachings to students in Northern Colorado and beyond. 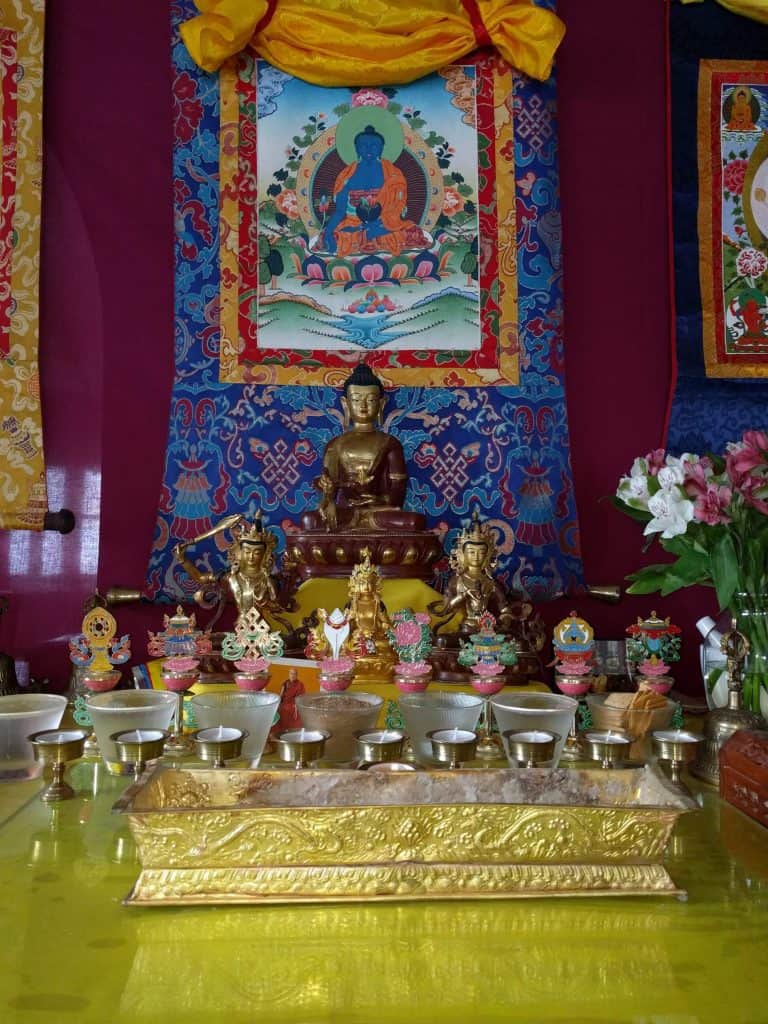 "Finding Hanmi Esoteric Buddhism has been a game changer in my life. I struggled with other meditation techniques, ultimately going for days and weeks without consistently taking care of my inner world. This all changed when I attended my first Hanmi workshop ~ The Medicine Buddha Dharma class in 2009. It changed my world. I did this meditation practice everyday, my intuition increased, I experienced a sense of calm and peace that was elusive before. It helped me to be a clear conduit for my work as a CranioSacral Therapist, helping me to clear and center myself after working with clients. Still to this day, I meditate every day with these powerful practices. This inner housekeeping helped to transform my world for the better. I felt compelled to share these techniques with many more people, which is why I started Transparent Lotus. These practices will enable you to expand, grow, and awaken unlike any other I have experienced. I look forward to connecting with you here. It is my sincerest hope that we awaken and elevate our collective consciousness by each cultivating our own inner world."                                                                      ~Sarah
Founder of Transparent Lotus 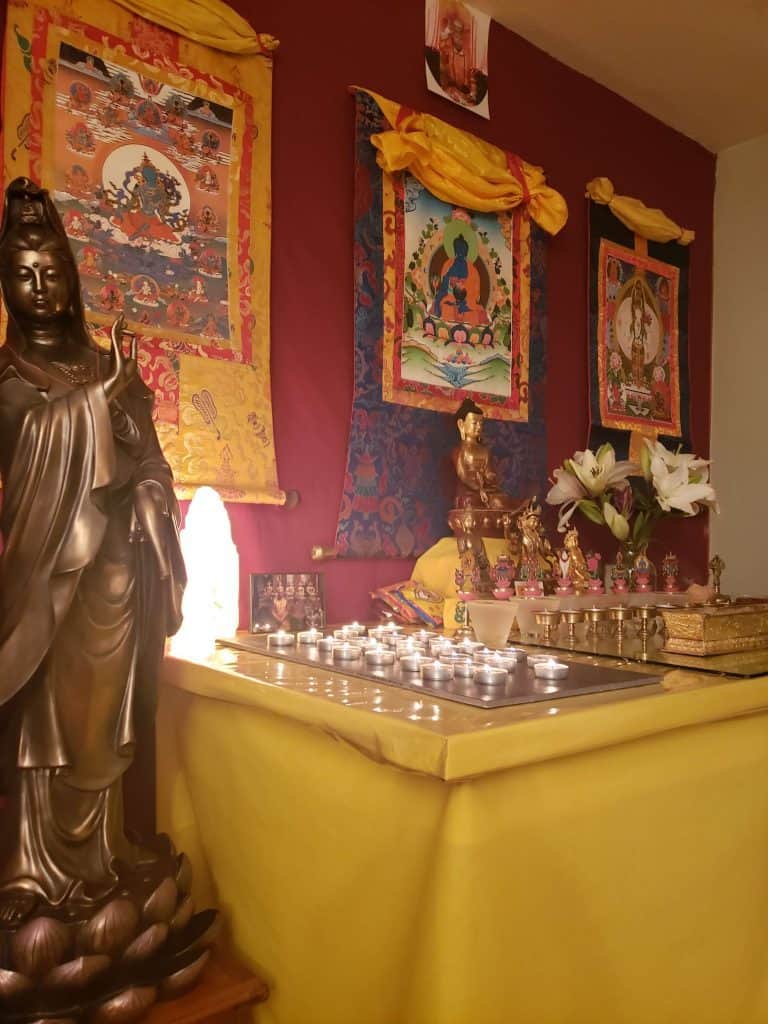 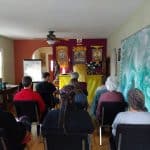 Join us to experience the wonder of group Hanmi Esoteric Buddhist Meditations.  We utilize the ancient techniques of mantra, mudra and visualization (the union of the three mysteries) to transcend the busy mind.  Meditation in a group has the profound ability to collectively assist the group to travel deeper into peace and stillness, accessing deep levels of calm.

**We also offer Photo Blessings on our Medicine Buddha Alter for a minimal offering. If you or a loved one are needing extra support, this is a great way!** 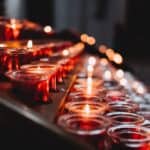 A Dharma Rite is a Buddhist ritual prayer ceremony where a group of esoteric practitioners gathers together and prays for a common goal. A group of practitioners who have experience working together with advanced states of consciousness can overcome an obstacle with relative ease that would be insurmountable for one person alone. Transparent Lotus offers free services on the New and Full Moon. You may also request a personal Dharma Rite for yourself or others. 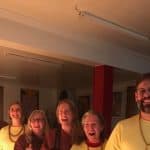 Currently, Sarah is able to teach the Six Dharmas of the Lotus Family. These are easy, short guided meditations for the individuals who are new to or are experienced in meditation practice. These classes will be conducted at varying times. If interested, Sarah will travel to teach these dharmas to your small group. When the intrest arises, we will invite advanced Vajracharya teachers to transmit advanced Dharma teachings of the Hanmi Esoteric School. These classes were once only taught to initiated disciple’s of this lineage, however many are now available to everyone and include abhiseka empowerment. 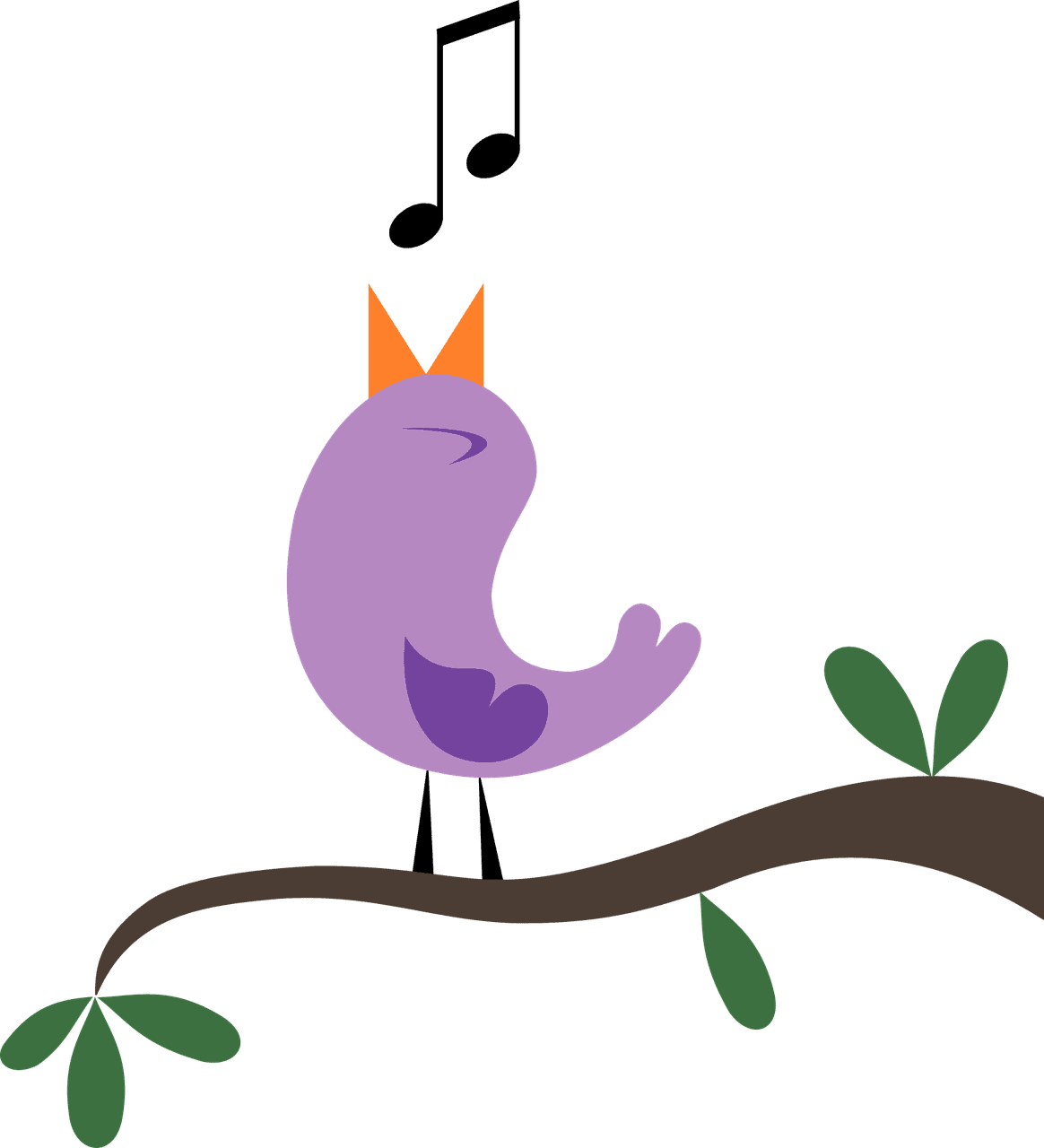 For about the past 2 years, I've been attending meditations, dharma rights for the living and the deceased, healings and workshops at Transparent Lotus. All of those have had a profound impact on my wellbing. I'm much more grounded, I've learned to connect with my inner self and I've met a lot of wonderful people. If you're looking to quiet your mind, receive a healing from the teachings of an ancient lineage of Buddhism, then I cant recommend Transparent Lotus enough.

History of The Hanmi Lineage…

The Hanmi lineage has its origins in the spiritual teachings and practices of ancient India that were developed by the Brahmans, and were then evolved and transmitted by the great saint Shakyamuni Buddha over 2,400 years ago.

Disciples of Nagarjuna brought the Buddhist teachings from Nalanda monastery in India to Xi’an city in China around 1,300 years ago, and combined them with Taoism and Confucianism.

The awakened masters have preserved this knowledge through an unbroken lineage in the Hanmi Chinese Esoteric School of Buddhism. The current lineage bearer is Living Buddha Dechan Jueren, otherwise known as Master Yu.

Hanmi Buddhism was established between 712 to 720 A.D. during the reign of emperor Tang Xuanzong (or Hsuan Tsung) by the Three Great Founders, Subhakarasimha, Vajrabodhi, and Amoghavajra. They came to the Daxing Shansi (Great Propagating Goodness Temple) in today’s Xi’an City and translated many Buddhist sutras and tantras from Sanskrit to Chinese. Assimilating the prevailing teaching of Confucianism and Taoism, they evolved the teaching into Hanmi, which was more easily understood by the Chinese people.

Subhakarasimha, an eminent Indian monk, translated the Vairocanabhi-sambodhi-tantra, or the Mahavairocana Sutra from Sanskrit to Chinese.

Vajrabodhi, a graduate of Nalanda Temple, received complete empowerment and transmission from Nagabodhi, who received from Nagarjuna.

Amoghavajra, a Singhalese, came at the age of 15 to China, where in 718 he became a disciple of Vajrabodhi, and later of Subhakarasimha. The Tang emperor granted dharma instruments to Amoghavajra who set up the first abhiseka-bodhi-mandala at Daxing Temple, thus founding Hanmi.

After Vajrabodhi’s death in 732, and at his wish, Amoghavajra went to India and Ceylon in search of esoteric or tantric writings, and returned in 746, when he baptized the emperor Xuanzong. He was especially noted for rain-making and stilling storms. In 749 he received permission to return home, but was stopped by imperial orders when in the south of China.

In 756 under emperor Suzong he was recalled to the capital. His time until 771 was spent translating and editing tantric books in 120 volumes, and the Yogachara rose to his peak of prosperity. He died greatly honored at 70 years of age, in 774, the twelfth year of Taizong, the third emperor under whom he had served. He was given the title of the Thesaurus of Wisdom, Amogha Tripikata and the posthumous rank and title of a Minister of State.

Historically, the Hanmi Chinese Esoteric School of Buddhism was thought to have been lost when Emperor Tang Wuzong banned the teaching. Huiguo, the last known disciple of Amoghavajra, left China and had gone with Kukai to Japan to establish the Japanese Esoteric school of Buddhism, later known as Shingon. Unknown to history, Amoghavajra had another disciple, Huisu, who received all the religious instruments and dharma transmission. He then became the Dharma Lineage Bearer. Since then, Hanmi has been underground for over twelve centuries, and has been passed on through one master per generation.

Master Yu was the highest and only master of Hanmi, was the Honorable Abbot of the 1,000-year old LongQuan Temple in Chifeng, Inner Mongolia, was a doctor of Chinese medicine, and was acknowledged as a Living Buddha in China.

Master Yu, from Chaoyang, Liaoning, at the age of 39, attained realization under the guidance of Grandmaster Huiling, the 48th Maha-Acharya of the Hanmi lineage. Master Yu saw the past, the present and the future, and understood his mission as a Hanmi successor. He resigned his position as a plant manager in China, and donated all his personal savings, over 1 million RMB, to the cause of reviving Buddha-dharma. He said,”I want to let people know the truth of Buddhism again.” He experienced all kinds of hardship as he journeyed through great rivers and mountains in order to transmit Dharma and to heal people. He has left indelible impressions everywhere.

In 1989, a discovery was made in the Heaven Chamber of the North Pagoda at Chaoyang City, Liaoning Province. They found sharira, or the bone relic of the Buddha, sutra and tantra engraved in silver plates in Chinese, two Chinese Stupas of the Diamond and the Womb Worlds, and the Stupa of Five-Buddha-Five-Wisdom. Later, a Hanmi mandala was also discovered in the Earth Chamber of Famen Temple (Famensi), or Dharma Doorway Temple at Fufeng County, Shaanxi Province. These discoveries predict the revival of Hanmi Buddhism.

The awakened masters have preserved this knowledge through an unbroken lineage in the Hanmi Chinese Esoteric School of Buddhism. The Great Enlightener, MahaVairocana Dharma King Dechan Jueren, the 49th Great Acharya and lineage bearer, has brought these teachings to the west and made them accessible to the public when founding Dari Rulai Temple in California. Now, Transparent Lotus continues with Living Buddha Dechan Jueren’s mission bringing these Dharma Teachings to students in Northern Colorado and now Oregon.

Body, Mind and Speech are the Three Mysteries that form the path of an Esoteric Practitioner.

Mudra, Mantra and Visualization are the means of attaining transcendence.

This is the base of Hanmi practice. To benefit from the meditation practice, one should simply relax, relax and…relax. “Let go” is the key to enter a deeper meditative state.

May your journey to the other shore of enlightenment be realized!

The following Dharma teachings or meditations are available to experience for yourself at Transparent Lotus or in the comfort of your own home. We offer workshops, CD’s or a printed form in a comprehensive handbook ~ “The Dharma Book:  Heal Yourself and Others through Meditation” by  Living Buddha Dechan Jueren

The Six Dharmas of the Lotus Family: Short, easy…yet powerful dharma practices to keep you energized, focused, and calm.

Foundation Meditation Dharma Teachings Are Open to the public. No prerequisites.

Treasure Vase Dharma: The practitioner develops purity and stillness of being

Calming and Relaxing Dharma: The first state of Chan (Zen or Dhyana) meditation

Prajña Akashagarba Wealth Dharma: Attain the wisdom hidden in the womb of space.

The Healing Meditations As listed on the “The Dharma Book: Heal Yourself & Others Through Meditation” Handbook

Heal Yourself of Various Illness

Any cookies that may not be particularly necessary for the website to function and is used specifically to collect user personal data via analytics, ads, other embedded contents are termed as non-necessary cookies. It is mandatory to procure user consent prior to running these cookies on your website.